X-Rays have revolutionized the medical industry.  Healthcare providers can now clearly peer into the human body without intrusion.

X-Ray – Discovery and First Use: 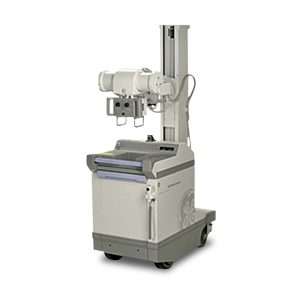 Wilhelm Conrad Roentgen, a professor at Wuerzburg University in Germany discovered the x-ray 1895.   When the  cathode ray was active in his laboratory with high voltage, fluorescent minerals nearby began to glow.  He wrapped  he cathode ray tube in heavy black paper and the rays penetrated the paper.  Wuerzburg then took an image of the hand of his wife, Bertha.  The image showed the dark shadow of the bones of her fingers and the ring on her ring finger.  X-rays could penetrate human flesh but not bone and metal objects,

Early Use in Medicine:

By the turn of the century, the usefulness of x-rays was immediately apparent to doctors and surgeons and it was used in surgery and to locate bullets in wounded soldiers. In 1901, President William McKinley was shot and called on Thomas Edison to get an x-ray machine to find the bullet. However, McKinley died due to a bacterial infection caused by the shot before the x-ray machine could be used.

The discovery of radiation dangers came too late for some.  Patients received large doses of radiation when doctors found it difficult to align their equipment correctly.  Hair loss was a common complaint, as were hand and chest burns.

Our current methods are now safe and efficient, thanks to the sacrifices made by the men and women who studied radiation for a living.

Contact us at Pacific Healthcare Imaging, and our technicians will help you acquire the best systems for your facility.  Our high-quality new, used, and refurbished Mini, Compact, and Full-Size C-Arm machines are available at wholesale cost.  Be sure to check out our rental plans as well.

Our Most Popular C-Arms

Get Quote
Scroll To Top