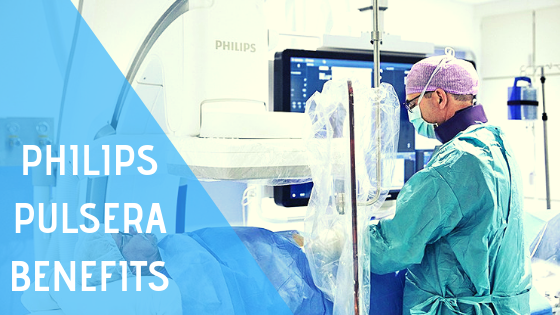 The BV Pulsera is a  full size c-arm mobile fluoroscopy system with excellent image quality. This alternative favorite c-arm has a tri-mode image intensifier with 9” or 12” choices. It has a lot of power capacity maxing out at 7.5kW and has a Kv range of 40-120. The Pulsera comes equipped with a rotating anode that enables the c-arm to have over 300,000 HU anode capacity for heat and a 1,900,000 X-Ray Tube capacity for heat.

The BV Pulsera c-arm is well known to be useful in difficult vascular procedures such as larger size patients. The BV Pulsera’s high image quality makes it perfect for a biventricular implant, bypass checks, and pacemaker procedures.

The Pulsera is the most popular Phillips c-arm model. A more cost-effective c-arm than its GE counterpart the OEC 9800, the Phillips Pulsera c-arm shares many of the same features minus the price. Read more about the differences between OEC versus Pulsera by visiting our blog post: What Used C-ARM to Buy: OEC C-Arms or Philips Pulsera C-Arms? You will be surprised at all the extra features included in the Philips Pulsera c-arm while still saving money.

Check out the Phillips Pulsera Brochure.

As the leading C-Arm specialist who works with all major brands and imaging equipment, at a wholesale price, we recommend going with a 100% quality assured  Philips Pulsera. We offer installation and service your machines anywhere in the United States. We offer savings over 50% from other imaging equipment resellers. For all Philips c-arm models call us at (877)-283-3154 or click here to email us.